As the legend goes, Popocatépetl was in love with the beautiful daughter of the Tlaxcalan emperor. Her name was Ixtaccíhuatl, and he desired her hand in marriage…

While stories of doomed love are found in all cultures and regions of the world, Romeo and Juliet has become a romantic staple in the western world. Lesser known yet equally poignant is the story of Popocatépetl and Ixtaccíhuatl… 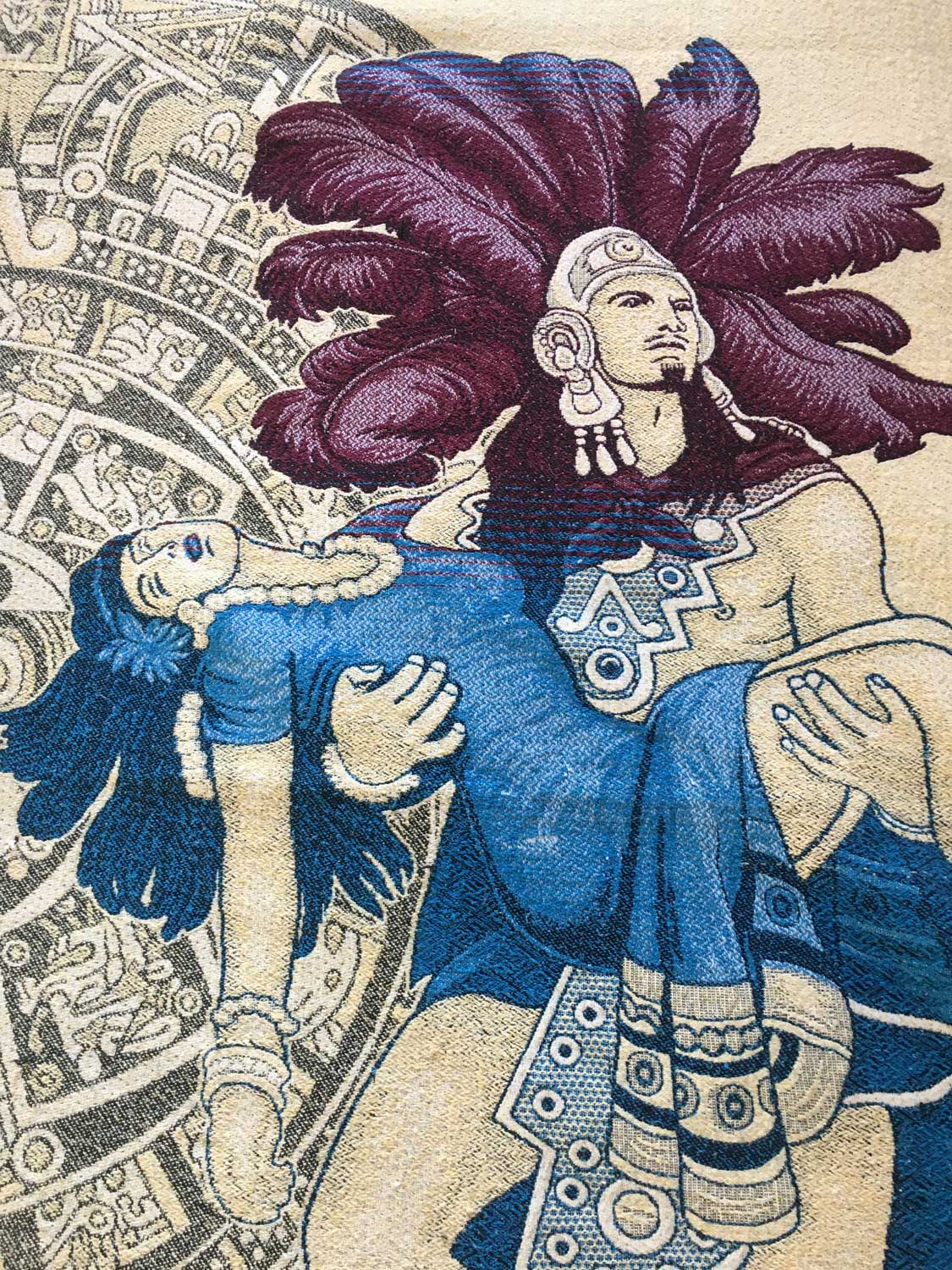 While accounts vary according to the region, the story contains the common thread of two young people whose love was torn apart by jealousy and deception.

Popocatépetl was a young valiant warrior in the Tlaxcala region of central Mexico. The people of Tlaxcala were arch enemies of the Mexica (later known as the Aztecs), who had built up a great empire yet were never able to conquer the Tlaxcalans. As the legend goes, Popocatépetl was in love with the beautiful daughter of the Tlaxcalan emperor. Her name was Ixtaccíhuatl, and he desired her hand in marriage. When Popocatépetl made this request to her father the emperor, he was told he could marry her upon one condition. He was to go to battle against the Mexica empire and return victorious. He agreed to the terms and left for battle. Ixtaccíhuatl waited patiently for his return.

During Popocatepetl’s absence, another admirer of Ixtaccíhuatl named Citlaltépetl (pronounced seet-lal-tep-etl) concocted a scheme in hopes of having her for himself. He went to the royal palace and told her that Popocatépetl had been killed in battle and that he would willingly take her for his wife. Grief stricken, Ixtaccíhuatl laid down and cried until she died.

As her father was preparing her funeral, Popocatepetl returned triumphantly from battle only to learn of her demise. In despair, Popocatepetl told the emperor he would take care of her burial. Forlorn, he carried her lifeless body to the hilltop overlooking the valley. As he gently laid her down, he took out the torch from his belt and lit it as a vigil before her burial. He propped the torch and laid down by her side. Within a short time, he too died of a broken heart.

The legend says that over time, their bodies turned to stone and became the eponymous volcanoes: Popocatepetl and Ixtaccíhuatl, known by the locals as El Popo and Ixta. Their names originate from the Nahuatl words popōca (to smoke) and tepētl (mountain, hill) and iztāc (white) and cihuātl (woman). Locals say one can see the shape of a woman lying down, often covered in snow, when looking at Ixtaccíhuatl. Smoke still plumes from El Popo, which according to legend, is his torch keeping watch over his beloved.

According to some accounts, the gods turned Citlaltépetl into the highest mountain in Mexico, not far from El Popo and Ixta as punishment for his devious deed. He would have to spend eternity peering down at the beautiful princess and valiant warrior whose love could not be broken in life or in death. Also known as Pico de Orizaba, Citlaltépetl’s name is from the Nahuatl words citlalin (star) and tepētl (mountain). Citlaltépetl is the highest volcanic peak in North America. It is also included in the Seven Global Volcanic Peaks, a grouping of the highest volcanos on each continent popular among climbers and adventurers.

On very clear days, el Popo and Ixta are visible from Mexico City and always from the city of Puebla, and Citlaltepetl is visible from the states of Puebla and Veracruz. If you are in the region, you might just see evidence of the young warriors torch keeping a vigil over the beautiful princess, still sending billows of smoke heavenward in her honor.