The quest to please Xipe Totec

Learn how this mesmerizing ceremony came to be, what it means and where you can experience it.

The people of Veracruz, México were desperate. Years of drought had devastated their crops and fresh water was scarce. Tribal elders gathered to find a solution. It was determined that Xipe Totec, the god of agriculture, must be displeased. Desperate to get his attention, a plan was formed. They would develop a ceremony that Xipe Totec could not ignore. 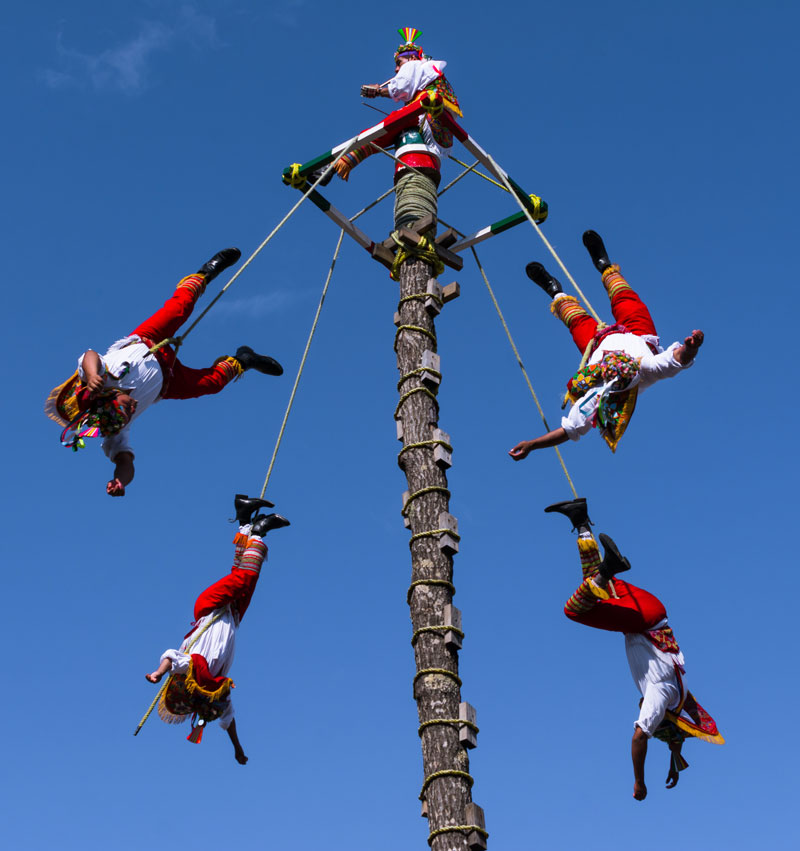 Young men were commissioned to find the tallest, straightest tree in the forest, cut it down and bring it back to the village. The task was accomplished, and after the tree was felled of its branches and fashioned into a pole, it was secured into the ground.

Four strong and agile men were chosen to perform the ceremony. Adorned with brightly colored feathers as to resemble birds, the men scaled the tree with vines tried around their waists. Upon reaching the top, the vines were secured to the tree, and the four men thrust themselves downward, circling the tree as they descended. It is not known if this offering appeased Xipe Totec. What is known is that the tradition has fascinated viewers for more than 2,000 years and continues to please crowds today.

Voladores (Spanish for “flyers”), as they are known, keep this unique art form alive. Believed to have been started by the Huastec, Nahua and Otomí tribes in modern-day Veracruz, voladores are still based in this region of México. Wood or steel poles have replaced the tree, ropes have replaced the vines, and brightly colored costumes have replaced the feathers. The “danza” (dance), though, remains generally the same. 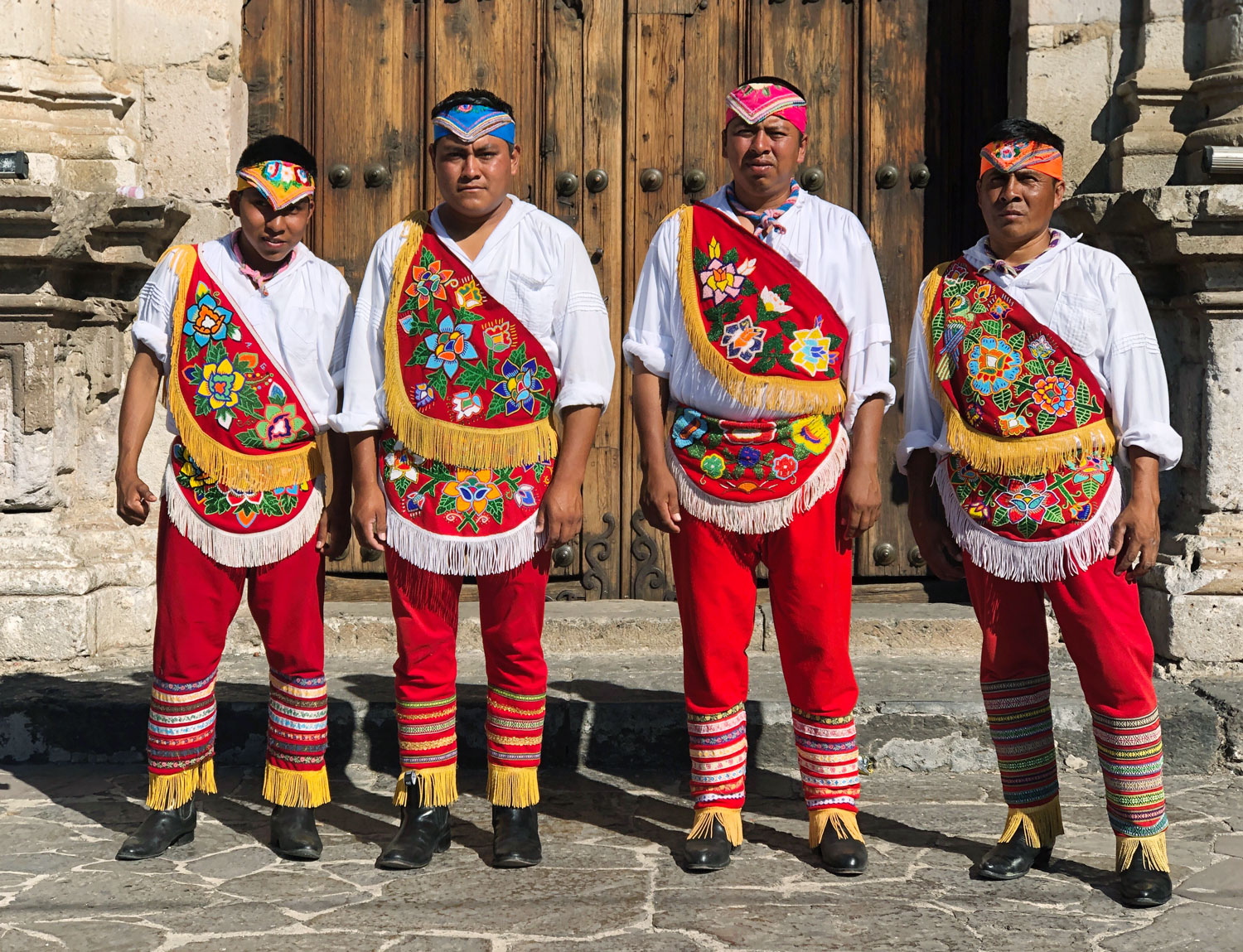 Their white shirts, red pants and elaborately beaded sashes juxtapose the blue sky. Five voladores scale the 100 foot wood or steel pole using wooden slats as steps. The team leader, known as the caporal, stands or sits atop the beam, untethered, while playing the chirimía, a small drum with a flute attached. He represents the sun. Perched on a rotating wooden plank at the feet of the caporal are the four voladores, with ropes tied around their waists which are attached to the rotating plank. They represent the four cardinal points of north, south, east, and west, as well as the four earthly elements of earth, water, fire and air.

Upon the caporal completing his several minute song on the chirimía, the voladores lean back and begin their decent. With heads pointed toward the ground, they circle the pole thirteen times. Every part of the ancient ceremony is significant. The number 52 is  important in pre-Hispanic Mexico as it symbolizes a century, including on the Aztec calendar. Thirteen revolutions of the pole times 4 flyers equals 52. Upon approaching the ground, the voladores right themselves to land on their feet. At the conclusion of each performance, the “dancers” as they are also called, can often be seen sitting under the shade of a tree while sewing beads on a new elaborate red sash.

The significance of the “Danza de los Voladores” to Mexican culture was recognized by UNESCO in 2009. Regularly scheduled performances are established at the El Tajin archeological site in Papantla, Veracruz; in front of the National Museum of Anthropology in Mexico City; at the Malecón in Puerto Vallarta; and at Xcaret theme park in the Maya Riviera. Traveling troupes from Veracruz also have performed at the pyramids of Teotihuacán outside of Mexico City and in smaller towns including Cuetzalán, Puebla and Tequila and Ajijic, both in Jalisco.

When traveling in Mexico, keep an eye out for a seemingly misplaced pole with men perched precariously atop. The Voladores de Papantla are guaranteed to make a lasting impression as well as give a fresh face to the meaning of bravery and skill.